This would be one to forget, scrap that, lets look at what lessons we can learn.

Going in to qualifying, I wasn’t happy. Dad had changed the brake pads just before the event and through the practice sessions, they just didn’t feel great, snatching and locking up. I was off my usual pace with my best time being 42.258. This placed me 19th on the grid.

Still not fully comfortable with how the kart was handling, we had agreed to get the brake fluid changed during the lunch break. Heat 1 was fairly uneventful, starting 19th and finishing 19th, I was neither overtaken nor overtook anyone. I was a little bit more on my pace though setting a laptime of 41.711.

Heat 2 started better, the brake fluid had been topped up by Rob at London Kartshop. He couldn’t undo the bleed nipples (they need soaking in penetration fluid) but the level was low so it got a top up. Off the line I managed to gain a position, putting me 18th, I was on course for finishing here when a quarter of a lap from the end, the throttle cable snapped. I pulled over to the side but the kart behind me followed and ended up going over the rear bumper. Thank you to the other members that loaned us a replacement cable and got us back up and running. Unfortunately this was my first DNF. Pace was a little off with a fastest lap of 41.947.

The final went somewhat better than the rest of the day. Despite starting last, 21st on the grid, a strong first lap and keeping out of trouble saw me head to 16th. Lap 2 I gained anohter place and then just before the last lap managed to pick up one more meaning I crossed the line in 14th overall. A drop down bumper penalty in front of me saw a promotion to 13th for the final result. My fastest lap of this session was 42.044

Because the championship makes use of a dropped score methodology, hopefully this round won’t impact my championship too much. Lets hope this was our bogey round.

Full results, lap times, lap charts and stats can be found at https://results.alphatiming.co.uk/rye/2022/224/

Just a few photos from this round mainly courtesy of mum. 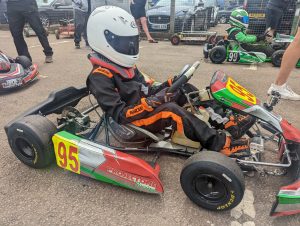 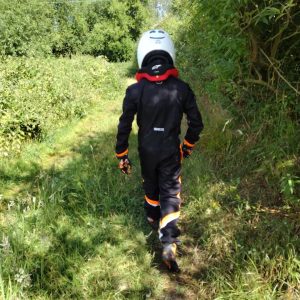 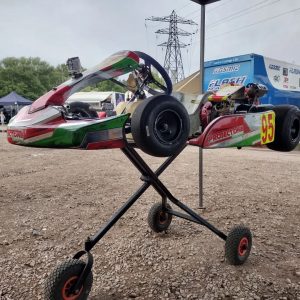 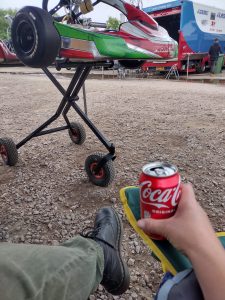