On Saturday 25th June 2022, we took a trip to Fulbeck Kart Circuit to take part in a test day and try the ARKS test to get a karting license. We’ve not done a lot of other tracks and although we have seen it from watching some of the racing there.

As part of researching the track we had a quick look and worked out that we ideally wanted to be around the 53/54 second lap time.

The day started VERY early with a 0400 wake up time, leaving the house at 0500 before setting off on the long drive to Lincolnshire. When we got there, we managed to meet up with a couple of friends from the Rye House Cadet category who were there taking part in the Rookie Racing event.

We decided to run our practice tyres (I mean, we are practicing after all!) and a gear ratio of 20/73 as the general consensus was this is the gear ratio to be on. First panic of the day was when the engine moved back for the smaller gears/chains meant the sprocket protector fouled on a bolt head. Found and fitted the smaller protectors that were thankfully in the trailer. As part of this, I forgot to make sure the keys in the axle were secured, cue them dropping out of the keyways and in to grass. Found them eventually and then got everything put back together.

On to the testing and learning the track. It was an enjoyable track, the first half would appear to be a power sensitive section with the second half being more driving. In terms of times, it was good to see consistent improvement throughout the day. Starting the day at 58.65, then hitting 56.78, 55.95, 55.91, 56.50, 55.71. Not quite the 53/54 we were aiming for, but close enough. Comparing our times with the Rookie Racing event that was running on the day, we would have been quick enough for second overall! Whilst watching on track and reviewing the data afterwards, the lines all looked really good so it was nice to see the improvement.

The ARKS test itself was actually quite enjoyable. For the morning we were monitored whilst out on track to ensure we drove safely. Then the written part started and after going through the flag test it was on to the safety test. Exam completed and successfully passed. One of the perks to passing your ARKS test was that you got a free entry to a race and there is a race tomorrow!

We planned only to be at Fulbeck for the day, to take the test and then head back. So we rushed around sorting somewhere to sleep, pictures for the license, new black/white numbers and a few other bits and would return tomorrow for the first race as a novice.

After a day like that, it was definitely time for a rib eye steak for tea, getting ready for the following day.

We don’t have lots of media from the weekend but here is what we did catch. 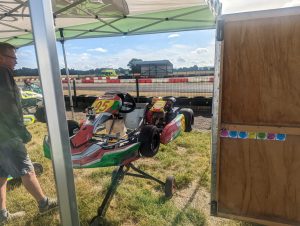 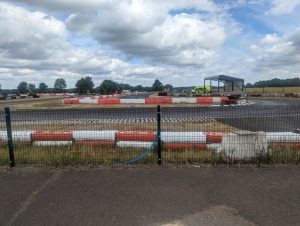 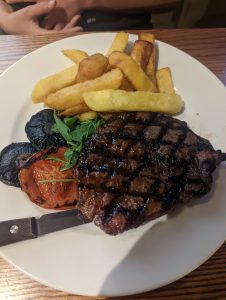