My race report after completing Round 12 of the 2022 Red Lodge Karting Club 2000 Championship held on the 5th November. How did it go for me?

Round 12 of the Club 2000 Championship held at Red Lodge Karting would be our farewell to competing in the Honda Cadet class. It wouldn’t quite be the farewell we would want though. Before the event, we were excited for the potential of a wet race and rain. Very tricky conditions throughout the day meant we struggled with finding the right setup. We started the day with our usual wet setup, but in practice this left Riley 4 seconds off the pace of the front runners.

It was nice to see that Red Lodge Karting had invested in digital flags, including the main digital display at the start/finish line. Riley commented that it was much easier to see the lights with this new setup.

On to qualifying and we tried running behind the packs so that any slipping, sliding and collisions would hopefully not catch us out. The grid all managed to keep it facing the right way and weren’t pushing each other off. We tried making a few changes to the setup to try and dial out understeer, however this didn’t work out. With a best time of 57.363, this was enough to line up 15th on the grid. He was a little closer to the front of the grid at 3.5 seconds off the pace.

On to Heat 1, we went half way between the settings from Qualifying and Practice and the kart seemed to be better handling now. On the first lap, there was an incident on the final corner which caught a lot of drivers. Thankfully Riley managed to pick the right way to avoid the carnage and picked up 4 places. A couple of laps later and he managed to pick up another 2 places taking him to 9th. This would be short lived with being re-taken by one. He would hold position in 10th before picking up another position after someone had taken to the grass. On the last lap he lost a position to someone recovering from the first lap incident and ended up crossing the line in 10th. With his best lap time of 53.826 he was now less than 2 seconds off the pace of the front runners.

For heat 2 we made a smaller tweak to the setup of the kart. This was a big difference for how Riley was feeling driving it, he seemed able to control it much better. In this heat he lost out on the start to a couple of quick starters behind him. He managed to hold the position until trying to find some grip he left the door wide open, not realising how close a couple were behind him so dropped two more places. For heat 2 he crossed the line 14th with a best time of 52.483 which was around a second off the leaders pace.

With feeling better about the kart we left the setup alone for heat 3, the conditions weren’t much different to heat 2. For this heat he lined up 14th on the grid. The majority of the race he was in a train and not really able to make up any places. Towards the end there was a bit of to and fro with making a place, losing a place then regaining it but he managed to cross the line in 14th with a best lap time of 52.586 which was 1.5 seconds off the front runners. A drop down penalty in front saw him promoted to 13th.

This was an extremely tricky final, as we got ready to head to the dummy grid, the floodlights came on with the nights now drawing in earlier. Whilst we waited for the finals in front of us to finish (little over 7 minutes wait), the weather worsened and the darkness came quickly. The track was completely different to heat 3 and dad wasn’t sure how to react (increase/decrease tyre pressures). Riley lined up 12th on the grid. Needless to say, by lap 2 dad realised the setup was completely wrong and Riley was fighting zero grip. Watching him and it was evident he was trying different lines to try and find grip. Despite this, Riley only dropped 2 places through the race which was impressive given the kart was doing it’s own thing. He crossed the line in 14th overall with a best lap time of 59.076, some 5 seconds off the leaders pace.

There were 3 results available at the Red Lodge Karting event. Up for grabs were the final race results, top novice and a clubman cup.

So, with 5th in the Clubman Cup, it’s another trophy to add to the collection! Overall it wasn’t quite the result we were hoping for, but after a very tough day at the track we did manage to finish. Thank you to everyone at Red Lodge Karting for putting on another great event.

The full results can be found at Alpha Timing – Results 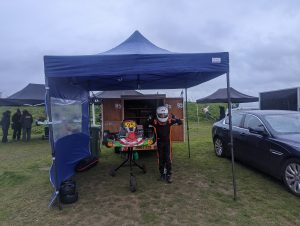 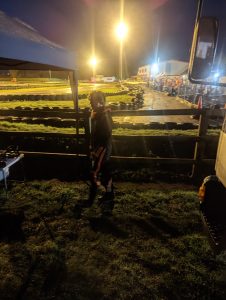 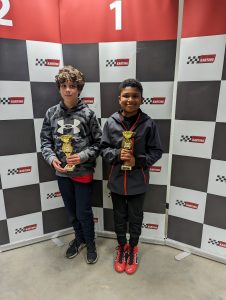 The following media was from Sprocket Photography. 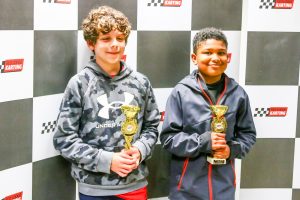 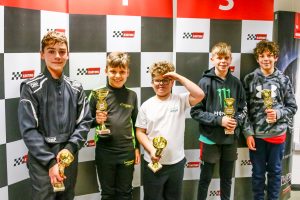 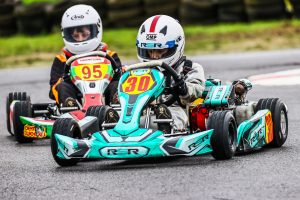 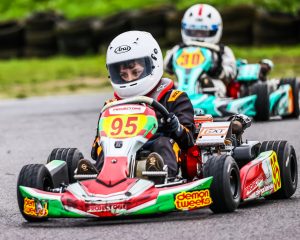 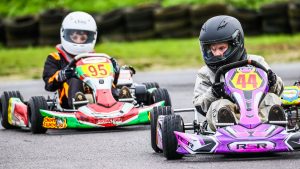 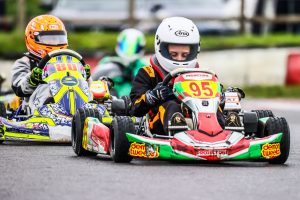 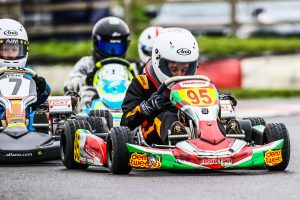 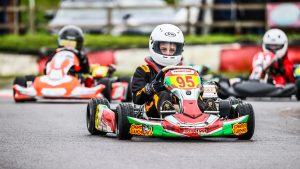